Since March 2020, I have been using my work computer at home: an HP Z440 workstation.

When I originally took the machine home, I immediately noticed that it’s quite a bit louder than my other PCs, but only now did I finally decide to investigate what I could do about it.

Finding all the fans

I first identified all fans, both by opening the chassis and looking around, and by looking at the HP Z440 Maintenance and Service Guide, which contains this description: 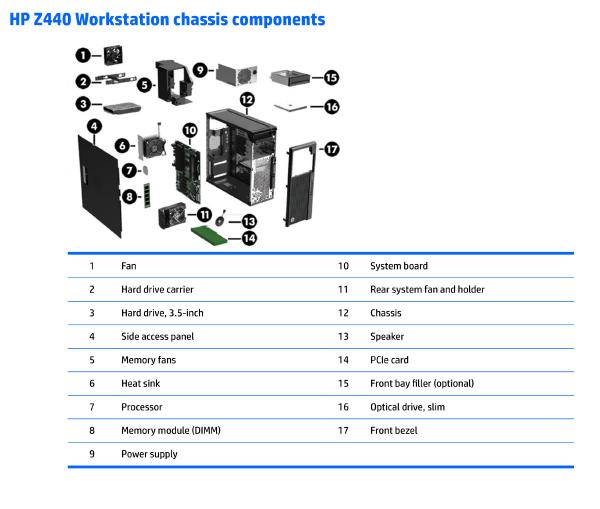 Specifically, I identified the following fans:

The Z440 comes with a custom HP plastic enclosure that is put over the CPU cooler, fastened with two clips at opposite ends, and positions two small 60mm fans above the DIMM banks.

This memory fan plastic enclosure is a pain to find anywhere. It looks like HP is no longer producing it.

The enclosure plugs into the mainboard with a custom connector that is directly wired up to the fans, meaning it’s a pain to replace the fans. 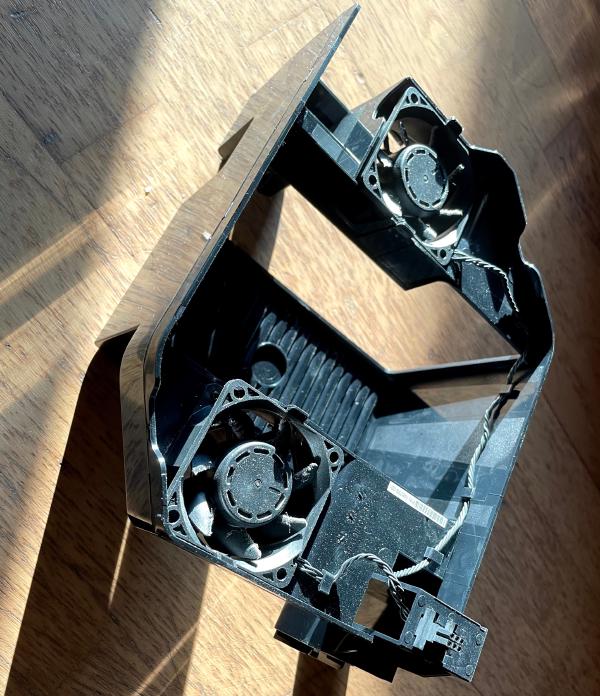 Luckily, while shopping around for an enclosure I could modify, I realized that memory fans are only required when installing more than 4 DIMM modules!

My machine “only” has 64 GB of RAM, in 4 DIMM modules, and I don’t intend to upgrade anytime soon, so I just unplugged the whole memory fan enclosure and removed it from the chassis.

The UEFI firmware does not complain about the memory fans missing (contrary to the rear fan!), and this simple change alone makes a noticeable difference in noise levels.

nVidia GPUs can be run at different “PowerMizer” performance levels: 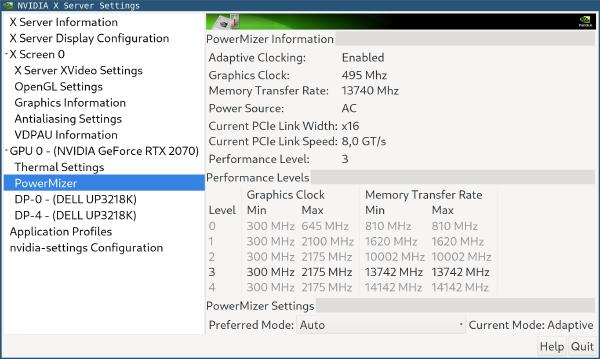 Many years ago, I ran into lag when using Chrome that went away as soon as I switched my nVidia GPU’s Preferred Mode to “Prefer Maximum Performance” instead of “Auto” or “Adaptive mode”.

It turns out that nowadays, that is no longer a problem, so running at Prefer Maximum Performance is no longer necessary.

Worse, pinning the GPU at the highest Performance Level means that it produces more heat, resulting in the fans having to spin up more often, and run for longer durations.

But, even after switching to Auto, resulting in Adaptive mode being chosen, I noticed that my GPU was stuck at a higher PowerMizer level than I thought it should be.

An easy fix is to limit the GPU to a certain PowerMizer level, and ideally not the lowest level (level 0). For me, one level after that (level 1) seems to result in no slow-down during my typical usage.

I followed this blog post to limit my GPU to PowerMizer level 1, i.e. I added /etc/modprobe.d/nvidia-power-save.conf with the following contents:

…followed by a rebuild of my initramfs (update-initramfs -u) and a reboot.

This way, the fans don’t typically need to spin up as the GPU stays below its temperature limit.

For some reason, the above method worked fine on my Debian work machine, but not on my Arch private machine…? I have not investigated why.

With the memory fans and GPU fans out of the way, two easy to check fans remain: the rear fan and front fan. These are 92mm in size, the model number is Foxconn PVA092G12S. 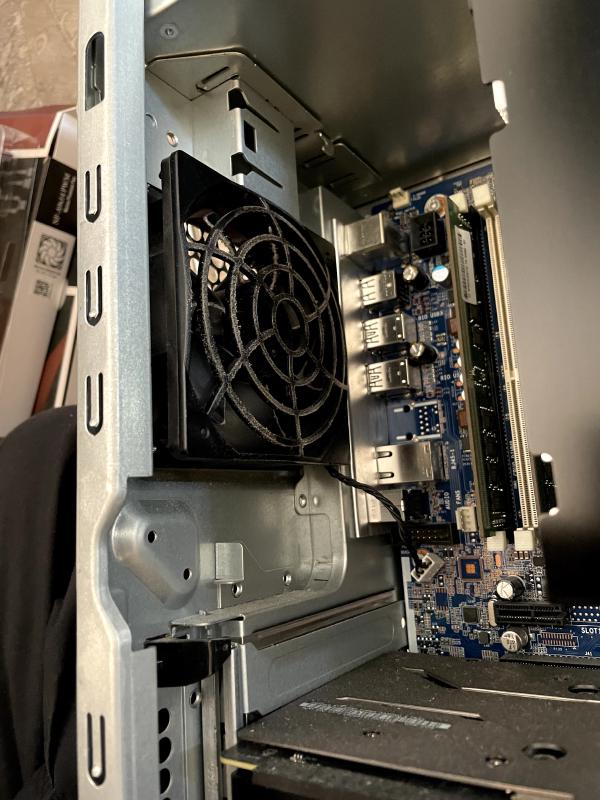 I unplugged both of them to see what effect these fans have on the noise level, and the difference was significant!

Unfortunately, unplugging isn’t enough: the UEFI firmware complains on boot when the rear fan is not connected, requiring you to press Enter to boot. Also, the machine seems to get a few degrees Celsius hotter inside without the front and rear fans, so I don’t want to run the machine without these fans for an extended period of time.

I ordered two Noctua NF-A9x14 PWM fans (for about 25 CHF each) to replace the stock front and rear fans. 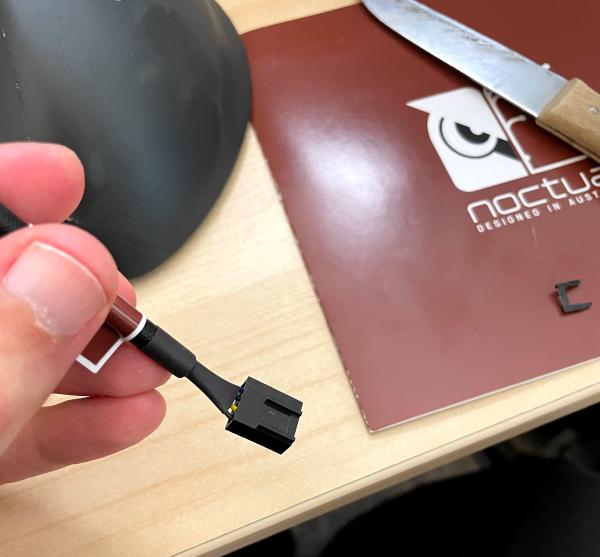 For the CPU fan, HP again chose to use a custom (6-pin) connector.

On the web, I read that the Z440 CPU fan is quite efficient and not worth replacing. This matches my experience, so I kept the standard Z440 CPU cooler.

I was quite happy to discover that I could just unplug the memory fans, and configure my GPU to make less noise. Together with replacing the front/rear fans with Noctua ones, the machine is much quieter now than before!

One downside of workstation-class hardware is that manufacturers (at least HP) like to build custom parts and solutions. Using their own fan connectors instead of standard connectors is such a pain! I’ll be sure to stick to standard PC hardware :)